Before I launch into an explanation for the strange title,  here are a couple of pictures of spring I took this weekend.

There is one photo that has nothing to do with spring! Interestingly in one well known supermarket I was price checking the organic produce they had on sale and I noticed some lovely cherry vine tomatoes, on closer inspection they didn’t look so lovely have a loo below and make up your own mind.

Thge white residue was on the tomatoes not on the plastic. This is probably only foliar plant feed, but it did make me wonder about all the unseen stuff that is just sitting there on the the surface of the conventional fruit and veg 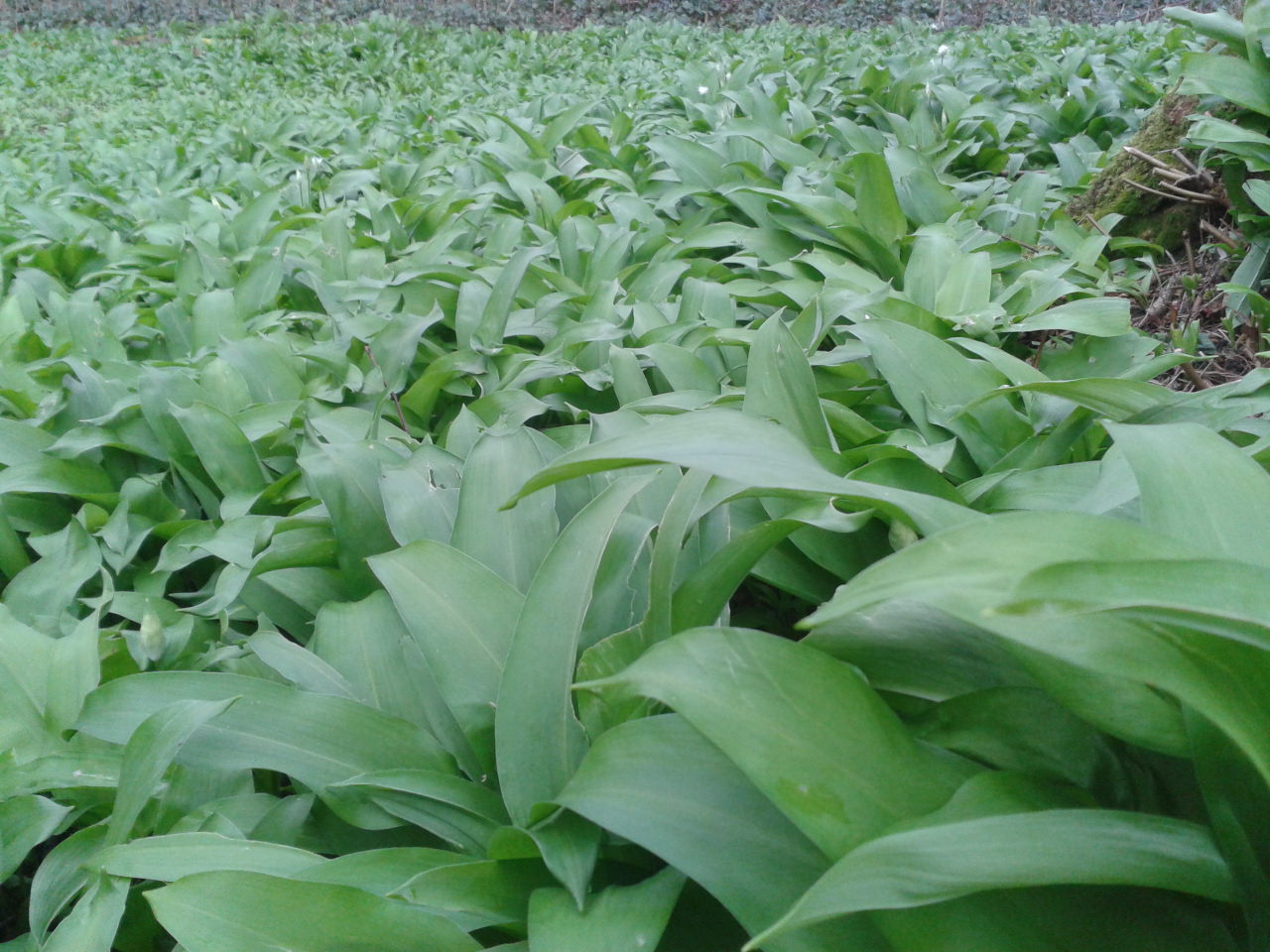 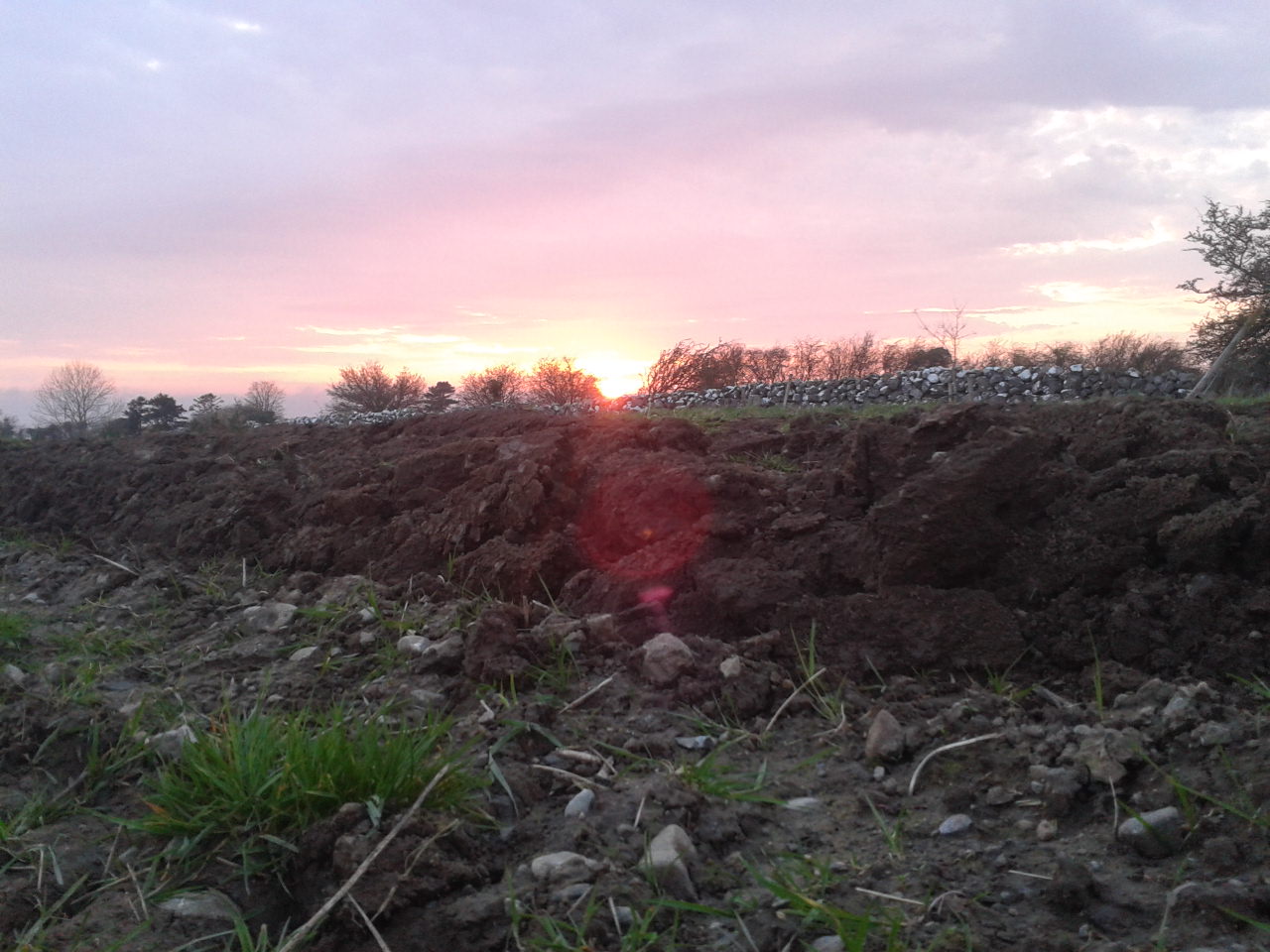 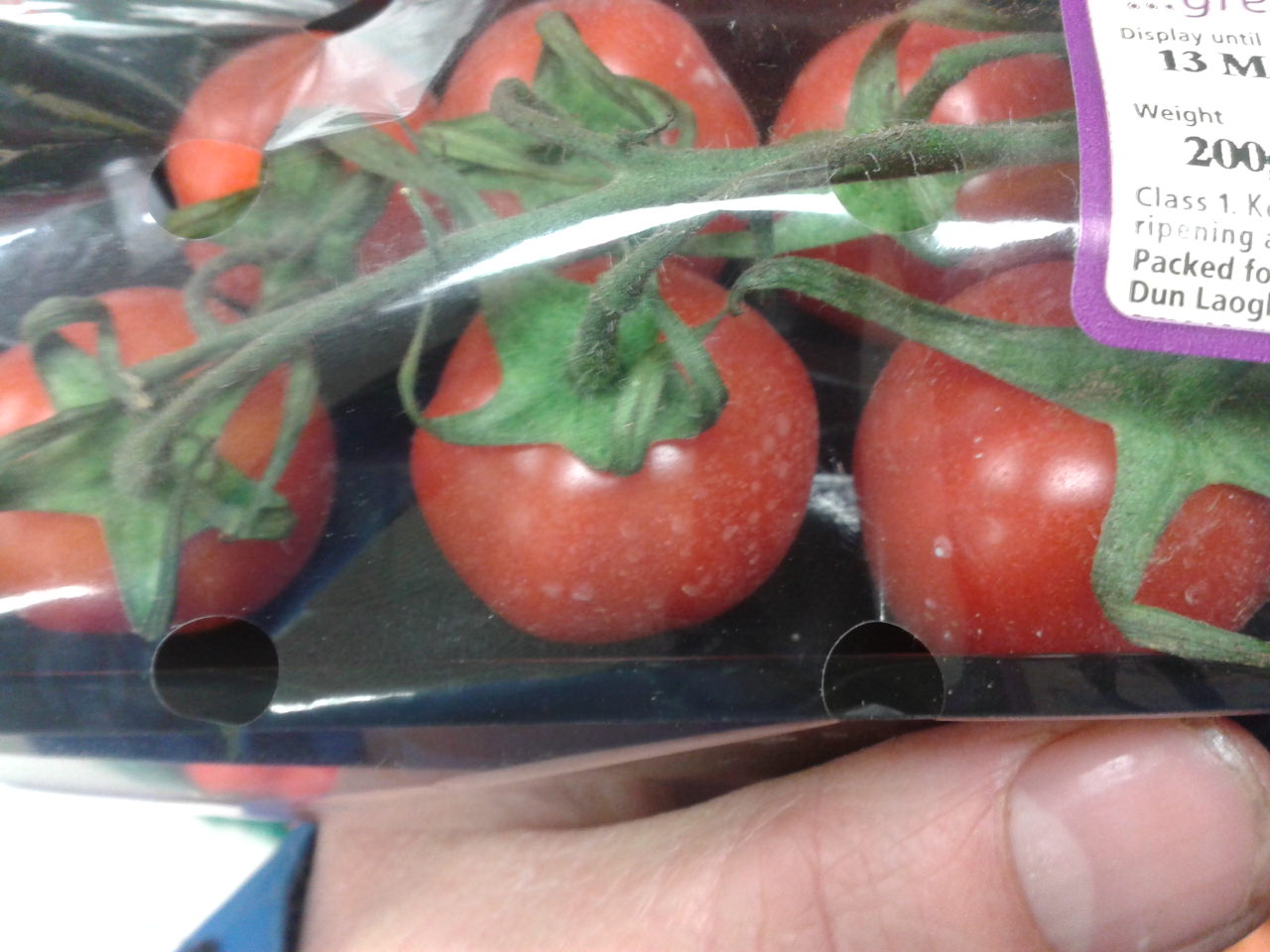 I know, I know has he lost his marbles I hear you say, well the answer to that may very well be yes. However for the purpose of this e-mail “Ganie Mackers” is to highlight the first two letters GM.

I think that nature does a very good job of providing a bountiful harvest of great crops for us humans to consume. A natural ecosystem is in perfect balance. A farm is not a natural eco-system and us farmers have disrupted this natural inter-relationship. As organic farmers we try to minimise as best we can this disruption. You know the story we don’t spray with herbicides to kill the grass and weeds, we don’t spray with fungicides to stop fungal infections, we don’t spray with insecticides to kill the bugs that irritate us. We do some things that aren’t great, we plough and rotovate and disturb the soil structure but we try and keep this to a minimum.

So what I hear you say does GM  have to do with all of this.  Cross breeding of plants has been happening since the beginning of time, and it works, survival of the fittest and all that. What doesn’t make sense is introducing an unnatural piece of DNA into a plant and then releasing the plant into the wild and seeing how it behaves. For instance taking a small piece of a bacterium and sticking into a Soya plant and in so doing making this plant resistant to weed killer.

Anyway Teagasc in their wisdom want to trial a new variety of potato on this GM free island of ours. This new potato may have an increased resistance to blight, which in itself is a good idea, but there are already potatoes out there that don’t succumb to blight: the Sarpo varieties. Once we release a new plant into nature we can’t control it, this has happened with the Monsanto “Round-up ready Soya”   where they have cross bred with weeds to produce so called super weeds that are fast growing and super resistant “Round-up”.  It you feel that this is something you would prefer not to happen then sign this petition and tell your friends too:

Loads going on, we have been busy ploughing rotovating and tilling. Don’t forget you can find all our fresh produce (Fresh Parsley, lettuce, salad and loads more available) here: J

Quick tip for this week, if you have your early potatoes in hand, put them aside (the more experienced gardens will have done this some time ago) in a dark warm room and let them sprout (chit) and now is the time to take these sprouted spuds and stick them in the ground. First earlies such as Colleen, second earlies such as Orla. So good luck there is nothing like the first new early potato. In the old days they would try and get them planted before St Patricks Day!

Thanks to everybody for reading and supporting us!