It’s great to see the return of the sunshine and to get outside! It was with the crisp rays of sunshine in mind that we decided to head off to Fanore beach on Sunday.  While we were on the way we passed a large John Deere Tractor with the biggest sprayer I have ever seen. This guy could spray a lot of stuff in one whirr! I didn't think much more of this at the time.

Monday arrived and Eleanor Winters sent her weekly update on the nutritional benefits of cucumbers and in her update on why cucumbers are a great (but often mis-understood) addition to anyone's diet she says:

"The dark skin of a cucumber contains silica which strengthens skin, hair, muscles and bones. To benefit from this mineral and to avoid eating that wax that is sprayed on commercially grown varieties, buying organic is essential!

Now, this is something we take for granted on the farm, we don't spray stuff on the food we grow or sell, it is that simple.

Ingredients are listed on all processed food these days, and most of us know about the dangers of "hydrogenated fat" and "MSG" etc, so we generally try and avoid them because we know they are there, and they are bad for us.

What if you were given a list of "ingredients" for the vegetables you eat and what if the guys in the white coats said "you really shouldn't eat that stuff, it is very bad for you" what if all that was the case, well would you eat it anyway................?

I know I wouldn’t and I decided to look into it a little more, the rest of the article is after the pictures

Here is a great video to show you how you should plant tomatoes, look out for the next one over  the next few weeks on how to take care of your tomato plants. This was taken about 6 weeks ago on our farm in Corrandulla, we are harvesting the first red tomatoes from these plants now.

Check out some pictures from the farm taken over the last few weeks.

This just landed in our farm one day we think it is from space!           Tom with a beautiful head of lettuce! 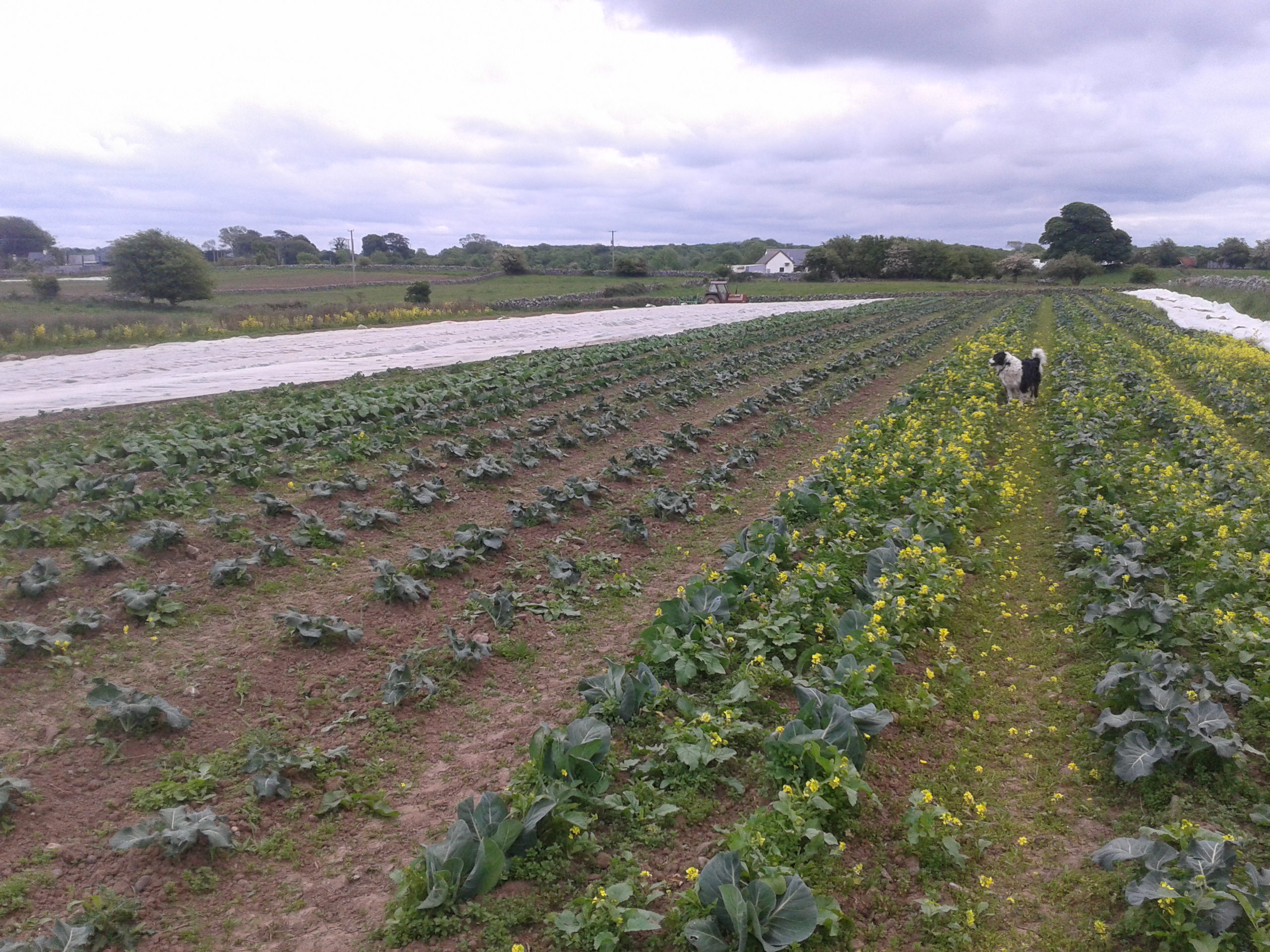 Molly surverying the broccoli and cabbage (and the weeds!)           Ah had there it is and there are loads of these now.

What's that on your cucumber?

Seeing as we are talking about our lovely delicious cucumbers (we are growing 2 varieties this year, the big normal type, and little baby ones!) I decided to find out what you might find on your average conventional cucumber. Now if you don’t want to know, stop reading here and just rejoice in lovely fresh chemical free organic cucumber bliss. However if you do want to know here is some information about what has been found on or in the skin of your average commercially produced conventional cucumber

“Many fruits and vegetables, including cucumbers, are polished with wax before being displayed at the supermarket. The wax is meant to give the produce a shiny and appealing appearance. Also, because cucumbers are fragile vegetables and susceptible to bruising, the wax protects them during transport. Produce wax can be made from many different animal, plant, insect or petroleum sources, and can even contain allergens like milk casein. Wax won't wash off when you rinse your cucumber, so try to purchase non-waxed cucumbers when available. You can peel your cucumber if you want to avoid consuming wax.

The United States Department of Agriculture collects data on pesticide use for each crop. Cucumbers have been found to contain as many as 35 different types of pesticide residue on and in their skin. Of these, nine are suspected to cause cancer, 25 are suspected to interfere with the body's hormone production, 12 affect nerve cells and nine are said to be developmental and reproductive toxins”

Finally Each week Cormac handy from the www.thehandykitchen.com gives us some excellent recipes to go with the boxes, click here
to find out how to make cucumber soup or marinated cucumber salad

Get €5 Off Your First Order

Subscribe to our newsletter and get €5 off your first order when you spend over €30.